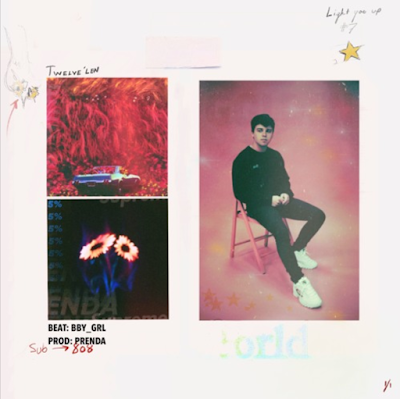 Born and raised in Miami, Cesar Santalo attributes his passion for the arts to the culmination of what his city represents. Miami thrives on diversity, a true cultural epicenter where the lifeblood of the city is deeply rooted in its unique visual art, music, and lifestyle. His interest in pursuing music didn’t manifest itself until he was 18 years old. The humble beginnings of a rising star began when Cesar booked his first studio session. He walked into the studio with no preparation, beat, or lyrics; however the lack of preparation would be no match for his artistic vision that was clearer then ever before. Tapping into the influences from his youth, combined with his innate talent and musical abilities, Cesar channeled this potent creative energy to create his first song ever. This song would go onto catch the attention of local Miami artist Twelve’len. The two got in contact and immediately kicked it off in the studio, going to create this contemporary R&B banger ‘Light You Up’. Both Cesar’s and Twelve’len’s melodic based vocal delivery mesh perfectly together, creating a consistent yet versatile vibe that keeps the listener engaged all the way through.