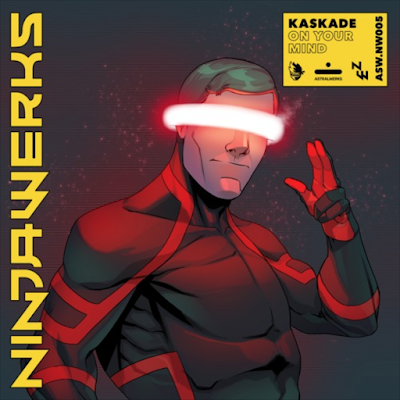 DJ Gary is back...errhh...I mean Kaskade of course...and he is coming in red hot this month. Not only did he release a few brand new Christmas jams for the holiday season (alongside the vinyl release of his Christmas album), he also dropped "I Feel You" with Zip Zip Through The Night & Penguin Mofex and now he is topping it off with a brand new solo single called "On Your Mind". The latest single is a perfect blend between his earlier sound and some of the newer stuff he has been giving us over the last 5 years. Upon pressing the play button you are met by a groovy guitar pluck, alongside a filthy bassline that just keeps getting more and more intensive as the tension builds. The vocal manages to add a perfectly fulfilling warmth that radiates longing and gives the track a bit of a haunting vibe. Produced together with long time running buddies Finn Bjarnson, Steven Mits and Mason Porter (Mr. Tape), getting that hint of "Retrokade" sound on "On Your Mind" is the absolute cherry on top.

As you can tell, the man and his team are hard at work and the hard work has paid off, securing the legendary producer his 7th Grammy nomination for his remix of "Stargazing" by Kygo. So far though he hasn't been able to take one of those golden gramophone sculptures home, but maybe this year will be the year! Either way...best of luck at the ceremony DJ Gary!